If you’ve been following my Instagram, then you would know that the hubster and I took a trip down to St. Augustine, FL to see the historic city!  For those of you who didn’t know, St. Augustine is the oldest city in the US.  It was colonized by Spain before England began their colonization of the rest of the east coast.

It was a beautiful and perfect day for the trip! In St. Augustine it was blue skies and mid 70s.  Just driving towards the ocean gives me a thrill, what about you?  Fortunately for us, we managed to snag a parking spot just as a car was pulling out.  Did I mention- FREE parking on Sundays?!  That’s been my experience in most cities, but it is still exciting every time!

We arrived in the old city around 11am, so we wanted to do a little walking around before lunch time.  We were able to park in the heart of the historic downtown area, so going left or right led to adventures and beautiful sites, either way!  Even though we did procure a map, I found that wandering aimlessly still resulted in many things to see.

After a good deal of walking we decided to settle in a shady, grassy space and enjoy a picnic lunch that I had prepared.  While eating out when you travel is a lot of fun, we decided we would rather be frugal for a meal and splurge on a treat later in the day.  We stopped by a small shop and purchased cold coke and wandered into the Plaza de la Constitucion, where we enjoyed our very Turkish picnic of boiled potatoes, eggs, fresh tomato, and cheese.  I probably should have prepared some borek, but in all honesty I was too busy Saturday to do it. 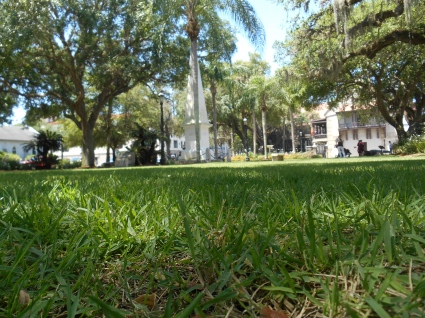 While walking around we saw several historic sites, such as the St. Augustine cathedral, old city roads, historic houses, and a monument to the discoverer of Florida- Ponce De Leon!  We eventually walked to the coast where we saw the Bridge of Lions, an old spanish ship memorial, and simply took in the beauty.  A pod of dolphins made a quick appearance, but disappeared into the water before we could take a picture… 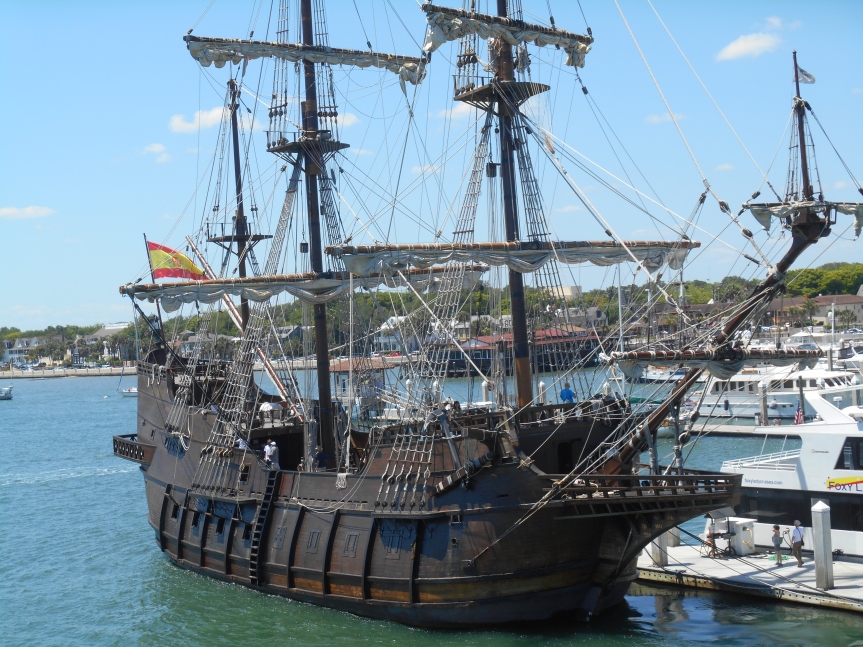 But of course we saved the best for last… the Castillo de San Marcos, aka Ft. Marion.  This location has been designated a national park and is the home of many stories and lore about the old Castillo soldiers and, later, the Civil War.  It was hard to believe that someone had climbed the same steps and touched the same cannons 450 years ago that we had touched that moment! 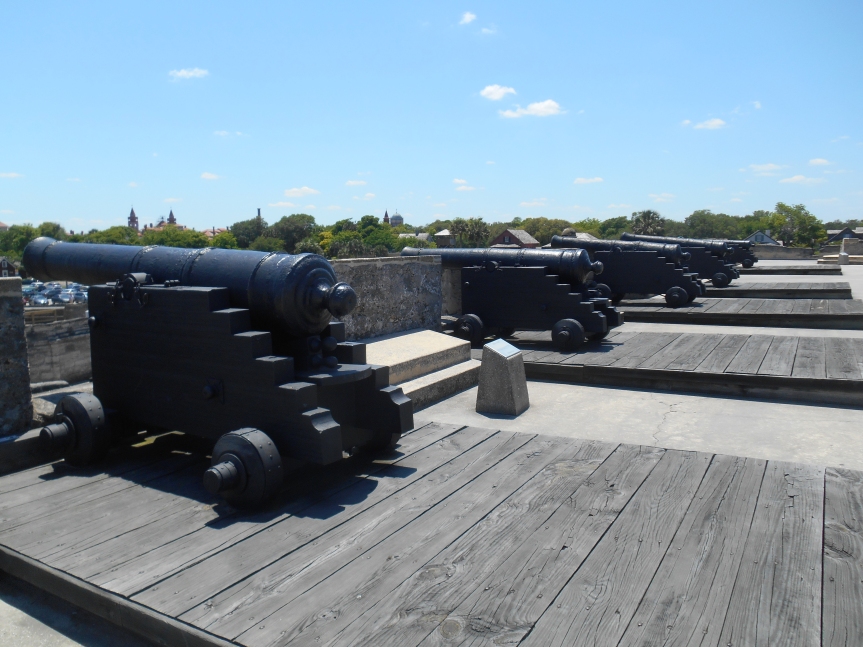 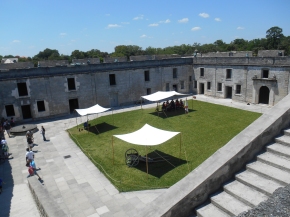 And at 2.30p we were able to watch a weapons demonstration!  The reenactors marched on to the gun deck with their muskets and in full uniform with a drummer tapping out the beat.  After a giving a brief history, they proceeded to show us drills for musket use and cannon firing!  They called the commands in old Castillon spanish, but some of the words were similar to present day spanish. (Edit:  I intended to post videos of the drills, but APPARENTLY WordPress only lets people who pay for premium do that so…thanks a lot, WordPress.) 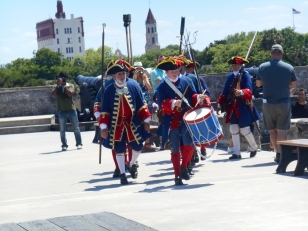 After the demonstration we had decided we had enough fun for one day.  We both walked away with a sunburn (and a hijab tan line for me..) and ice cream in our hands, but it was completely worth it!  Even when your life is full of uncertainties and problems, it is very nice to be able to take a day off for yourself and just enjoy what you can.

A Real Girls Guide To Life

life is not a bed of roses.

Going Groundless
One step/(mom)ent at a time

Navigating the world of stepmama-hood and life, one step, one moment, at a time

Beyond an HDB flat

four camels and a coffee to go